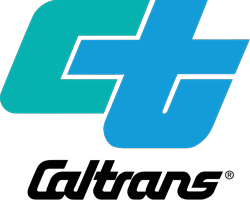 The California Department of Transportation (Caltrans) is responsible for funding, planning, building, and maintaining more than 50,000 miles of state and federal highways within the state of California. In the 2008-2009 fiscal year, Caltrans managed hundreds of projects worth nearly $4 billion in coordination with approximately 400 local, state, and federal partner agencies. In order to coordinate with partner agencies on the roles and responsibilities for each project, Caltrans produces a contract called a cooperative agreement. On average, Caltrans generates approximately 450 of these agreements annually.

Manually producing cooperative agreements from hundreds of possible language options and moving completed agreements through formal approval is a cumbersome and lengthy process.“It typically takes hundreds of man-hours and several weeks of calendar time,”states Mark Robinson, Development Manager, Project Agreement Construction Tool (PACT). In an era of huge budget deficits and limited resources, Caltrans made the decision to streamline production of cooperative agreements with HotDocs at the core of the solution, dubbed the Project Agreement Construction Tool (PACT).

The project team began by creating a “language library” of all the possible articles and clauses for an agreement. Each language item was refined and conditions specified for its inclusion in an agreement. HotDocs templates were created to govern how and under what circumstances language would be merged in the resulting document. A comprehensive, logic-driven interview was then created to guide users quickly and easily through the otherwise tedious process of producing an agreement. As Robinson further describes it:

The user interview presents all the questions required to create a legal contract, and it also provides an opportunity to add custom language or change default answers as needed. When a user completes the interview, the system evaluates the answers provided and determines the status of the document. If the answers provided in the interview are within Caltrans policy and procedure, a user can generate a pre-approved agreement that can be printed and signed by all involved parties without further review. Otherwise, the document is routed through normal approval channels.

The ability to generate pre-approved agreements using this HotDocs-based solution has yielded enormous time and cost savings. Moreover, Caltrans has much greater control over the entire process. As Robinson puts it,“The result is better quality documents, customer satisfaction, and a vast improvement in the production time frame. We’ve also seen improvements in overall issue resolution and a reduction in the potential for legal challenges.”