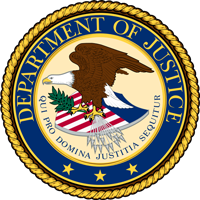 The U.S. Department of Justice started by using HotDocs in a few of its regional U.S. Attorneys offices, but in 2011, five HotDocs Developer licenses were provided to each of 94 offices throughout the country, in addition to a nationwide total of 15,000 HotDocs User licenses for staff members. The HotDocs software is used by the DOJ primarily for litigation paperwork.

Given the size of the DOJ, its central (executive) office has organized various HotDocs training efforts for each of the district offices, including video instruction. They also use a Microsoft SharePoint portal for the collaboration of data, including a standardized set of components that can be used in each of the districts, as well as additional training information.

The Department of Justice has thwarted multiple terrorist plots against the U.S., successfully executed groundbreaking counterintelligence operations, and prevented U.S. military and strategic technologies from falling into the wrong hands.