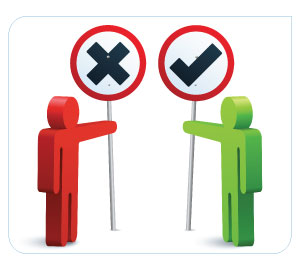 The core value proposition for BPM suites is process efficiency. Other benefits include codification of best practices and ensured compliance with existing laws and internal policies. One international bank combined BPM and document generation to gain a different benefit: risk mitigation.

The bank faced two primary problems with its mid-market commercial loan business: First, relationship managers would gather hundreds of discreet data items about a pending loan and draft a lengthy document justifying the validity of the loan application. Not only were relationship managers spending a day or more on the drafting of these documents, but the loan committee also had to spend significant time combing through the reports to identify possible problems with the application. Because the process was entirely manual, it was not only inefficient but also highly susceptible to human error. And human error, in the case of sizeable commercial loans, can easily lead to lost profits.

The bank’s second problem had to do with internal fraud—collusion between a relationship manager and a customer to get a sizeable commercial loan approved based on fraudulent information. To solve both problems, the bank built and deployed an automated process that combined traditional BPM technology with HotDocs, the industry leading document generation platform.

The bank’s loan origination process is triggered when the customer meets with a relationship manager. The first step in the process is to check the bank’s internal database records for relevant information about the customer and write the data into a highly structured HotDocs interview (sequence of data-gathering forms). The interview includes fields for more than 6,000 discreet data items; however, conditional logic built into the interview tailors the questions to the specific loan circumstances. For example, a customer requesting a loan for hotel expansion might need to provide only a few hundred items of data, whereas a customer requesting a loan for grocery store expansion might need to provide a few thousand different data items. Once the interview is complete, the relationship manager simply submits the interview to the loan committee, thus eliminating the lengthy, manually drafted report.

Once a loan has been approved, the relationship manager once again has access– a necessary step, given that some data needs to be gathered post-approval; however, the original data set is locked down, preventing the relationship manager from making changes. This single step in the process has eliminated a sizeable percentage of collusion incidences.

Because HotDocs is a powerful, flexible document generation platform, none of the bank’s loan documents need post-generation editing. Because all data was entered directly into a HotDocs interview, generating the loan contract and all collateral documentation is virtually instantaneous—as fast as a laser printer can put out pages.

The bank’s process automation project has yielded all of the key benefits of BPM. A loan process that used to take three days can now be completed in less than an hour. The HotDocs guided interview has codified the bank’s best practices and enforced compliance with its own internal lending policies and with existing laws. Perhaps most importantly, the bank’s loan origination workflow has mitigated risk by dramatically reducing the possibility of human error and by making internal fraud much more difficult.