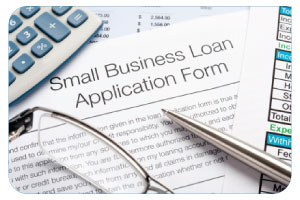 One international bank that has embraced BPM on a broad scale has deployed a loan origination system built largely on the back of HotDocs, the industry leading document-generation process platform. The old, manual system involved an offline method for getting loans approved and a back-and-forth process between loan officers and the word processing pool to get documents ready. Not only was the process slow, it was also fraught with danger—the possibility that manual error could lead to disaster in the form of legal exposure.

The new workflow begins by importing basic case information from a CRM into a HotDocs interview. Because the loan documents themselves are complex, having thousands of discrete variables, the interview is likewise extremely complex, highly interactive, and designed to lead relationship managers through the highly structured process of gathering so much loan-specific data.

Built right in to the HotDocs interview itself are business rules that compare discrete data items against each other and against bank rules. For example, a small, 50-cow dairy farm seeking a loan of $10 million might be inconsistent with bank rules. In such situations, the system would flag data items in red. It would likewise flag borderline data items in amber and consistent data items in green.

Altogether, the new data-gathering approach saved relationship managers about a day, which used to be spent drafting a lengthy document justifying each discrete data item. The color-coded answer file saves the loan approval officers about a day because they can tell at a glance where the potential problems are, given that questionable data items are flagged in red or amber. And finally, the system will generate the documents almost instantaneously—as fast as the printer could push them out—which was bad news for the word processing pool, as it got repurposed into other jobs. On the word processing pool alone, the bank saves approximately $5 million USD annually.

One of the biggest advantages to the bank, though, is the improved quality of the loan documentation. The bank simply has few legal exposures based on the elimination of human-introduced errors.