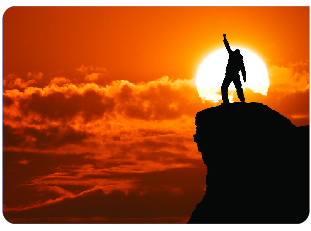 In a recent blog postabout GRC and document generation, Jim Sinur, a Gartner VP and leading expert in process automation, wrote about a sprawling government agency that had reduced the time it took to generate ultra-complex contracts from three months to three hours using HotDocs. The point of the post, though, wasn’t the extraordinary efficiency improvement the agency had achieved but, rather, the resulting risk mitigation—the agency’s HotDocs template had all but eliminated legal altercations resulting from human error in the contract generation process. And while such results are common with document generation, success with other types of process automation is not so predictable.

Problems with Traditional BPM—Structure and Change

I read a blog recently that mulled the question of whether BPM was dead. And while even asking the question, to me, seemed a bit dramatic (by all accounts, BPM is a multi-billion dollar growth industry), I can, at least, understand the sentiment. Some process automation pros are disillusioned with the concept, primarily because highly structured business processes in the real world are few and far between. In fact, some estimates suggest that the number could be as low as 20 to 30% (structured meaning processes that are simple enough—start to finish—to be represented in business logic).

In addition to the inherent structure of a process, another key BPM issue involves susceptibility to change. In other words, even though a process might be structured, if it tends to evolve too quickly, it might not be a good candidate for traditional process modeling, falling instead in the ad-hoc, adaptive domain of modern case management systems.

Again, BPM is a growth industry—nowhere near dead! But given the issues of structure and change, the majority of real-world business processes aren’t great candidates for traditional process modeling.

While the same two issues arise with document generation process (structure and change), documents that meet the requirements for successful process automation are common, especially in certain vertical industries, such as banking, law, and insurance. In fact, virtually any large enterprise or government agency will likely find that it has hundreds, if not thousands, of documents that fit the bill. In other words, while general business processes that are structured and static are rare, documents that are structured and static are everywhere.

Why, you might ask. Because the business logic that dictates the structure of documents is often determined by governing bodies (legislatures and steering committees). And the occurrence of change in document business logic is predictable, i.e. the legislative committee meets once a year to review policy. That sort of thing.

Where to Spend Your Process Budget

So let’s say you work for a large organization, and you’ve already got a certain amount of budget allocated in the next year for process automation. It just makes sense to spend that budget on the automaton tasks that will yield the quickest, most predictable, and best ROI.

While BPM industry pundits are quipping about the inherently dark and unpredictable (unstructured) nature of most real-world business processes, the simple, well documented reality is that document generation process automation predictably yields extraordinary results—much better documents, much quicker, and for much less expense.