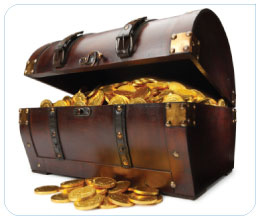 Bart Earle recently posted here regarding the practical benefits of using HotDocs such as: productivity, responsiveness, enhanced quality/accuracy, standardization, capture of firm expertise/experience, increased job satisfaction and client marketing. In some projects, achieving just one of those makes the project worthwhile.

I like to measure how successful document assembly projects have been. Over more than two decades of working on such projects, I’ve had many people make anecdotal comments like: “I can prepare documents at least twice as fast as I could with word processing alone.” or “By using document assembly I can get all my work done faster so I can go home early and spend more time with my family”. I’ve also been fortunate enough to work on some projects where we’ve been able to measure the before-and-after consequences of implementing a document assembly system. As with weight-loss, where success is measured in pounds or kilos lost, we can develop metrics for document assembly success.

Measurement can be difficult or case-specific (to what extent does rapid, accurate preparation of documents contribute to a larger settlement on a case? How do I know the extent to which using document assembly to satisfy a client contributes to client retention or new cases?). However, in situations where a firm has a significant volume of similar cases or transactions and those cases involve preparation of similar documents (scenarios that lend themselves most to using document assembly technology in the first place), it is possible to calculate the time and costs of preparing documents both before and after automation.

Marc Lauritsen and I wrote a paper (Work Less, See More Success, ABA Law Practice Management magazine, April/May 2008) where we described a spreadsheet and calculations for computing the ROI on a document assembly project and we’ve used that to measure success on some of our projects. The formula looks something like this:

One of the most dramatic examples I’ve seen was a complex mortgage foreclosure document that used to take a firm three hours to prepare before it was automated. It involved tables of persons to be notified and complex calculations to show the amount owed on the mortgage. Using document assembly software the same document could be prepared in less than 15 minutes, meaning the document could be prepared 12 times faster than before. The legal fees charged for preparing and serving this document exceeded $900 and approximately 1,000 of these documents were prepared annually. Assuming a cost of automation of $10,000 amortized over 3 years, and staff costs of $40/hour, the ROI calculation was (1000 X ($120 – $10)) – $3,333) X 100 / $3,333 = 3200%.

So when it comes to your next HotDocs project, you do the math!

Doug Simpson is a lawyer and CEO of Legal Systematics Inc. and owner of BackDraft Systems. He is co-author of The Lawyer’s Guide to Extranets, ABA Publishing, 2003. He is a Fellow of the College of Law Practice Management.