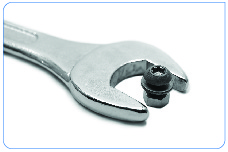 Customer Communications Management (CCM) is a hot topic these days, given the seemingly ubiquitous need among organizations to batch process information that has been customized for individuals or specific groups and distribute it in multiple formats—everything from email to Twitter feeds.

CCM systems are generally based on an XML editor. The idea is to begin with a document—maybe a Word file or PDF file—and build in some basic document automation characteristics, such as simple merge fields, and maybe some conditional logic and/or computed values. Variables in the automated XML file are then mapped to corresponding fields in an existing database. Running the XML file against the database produces customized output, which is then pushed out through various types of filters, each of which transforms the XML file into something specific, such as a Facebook or LinkedIn post.

The CCM/Document Generation Overlap and Differences

CCMs provide a powerful solution to today’s complex IT communications problems. But when it comes to complex document automation, they’re generally the wrong tool for the job.