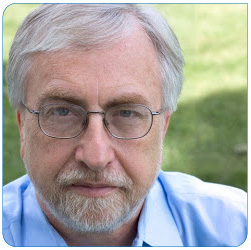 Dancing in the Cloud

After some wilderness wandering by its proponents, elawyering is finally going mainstream. Basic forms are increasingly familiar. Here’s a look at facets further out on the horizon.

I’ve written elsewhere that “legal work is a dance of knowledge, deliberation, and action.” And more recently that “the future will belong to those who can choreograph optimal distributions of work across teams of humans and non-biological assistants.” Dance is a fertile metaphor for developments in law. Particularly as relates to things people can do together in online environments.

Virtual practice and elawyering are hardly all-or-nothing propositions. In-person, face-to-face meetings will (thankfully) be with most of us for the indefinite future. But interacting with clients, colleagues, counterparties, and decision makers through electronic media is increasingly convenient. And those media don’t just overcome limitations of time and space. They enable rich forms of human engagement, some that are impracticable if not impossible in the physical world.

Together does not necessarily mean at the same time. Many forms of collaboration are appropriately asynchronous. But simultaneous or not, they often involve shared work objects. I’d like to describe three modes of elawyering in which participants supply and confirm information, and express questions, concerns, and ideas, via online artifacts.

Templates built for two (or more)

Software tools existed over twenty years ago to create extraordinary document automation systems. And even before the Web, there were law firms that fielded systems for use at client sites without contemporaneous firm involvement. But recently there’s been a surge of innovative service delivery methods that combine the power of machine intelligence and network distribution.

Most document drafting applications – online and off – still involve solitary users. One person at a time interacts with software to enter information or generate documents. Sometimes people take turns working on the same matter or transaction. For instance, a lawyer has her secretary input basic data. Or has clients interact with intelligent questionnaires via an extranet to reduce the cost of data gathering and to dispense background guidance.

These hand-offs raise interesting possibilities, such as ‘templates built for two,’ in which different experiences surface depending on the user’s role as a client or service provider. Client facing versions of intelligent questionnaires – or entire sites and apps – can use appropriate vocabulary and be personalized. The very language can be switched – e.g. from English to Japanese – based on a user’s profile or momentary preference.

For an elementary example of a role-aware template, imagine an estate planning system in which attorneys see this:

after clients supply basic information and provisional decisions in an interface like this:

(This example is based on a Legal Systematics SpeedMatters™ application.)

Even though there’s little evidence yet of document assembly systems being used by several people working on the same task at the same time – perhaps the clearest form of collaboration – the sequential client/lawyer scenario above is an example of the “co-production” of legal work, one that is straightforwardly done with current Web-enabled assembly platforms, including Brightleaf, ContractExpress, Exari, HotDocs, and Rapidocs.

Document systems can also be engineered for cooperative work among lawyers. For example, they can be modularized to allow specialists to focus on distinct aspects of a large transaction: tax experts here, environmental law gurus here, intellectual property folks over here. Lead counsel can review the consolidated input and make final adjustments.

Such systems can usefully support the partner/associate relationship. Associates may do much of the answer configuration and drafting, while supervising partners can access features for quick review and commentary.

These systems can even be tools for cooperative work among opposing parties to a deal or dispute. By sharing access to an interactive drafting environment, attention can be paid to high level decisions rather than wordsmithing, and revised documentation can be quickly generated. Positions and issues can be articulated with greater clarity.

I’ve been working in recent years on “choiceboxing,” which uses interactive visualization techniques to support better decision making. An interesting application is to client counseling, especially around choices that involve balancing tests, which are endemic in legal analytical and strategic judgments.

Imagine that you are helping your client decide whether to treat Mr. X as an employee or contractor for US federal tax purposes. You go over the couple dozen factors typically taken into account by the Internal Revenue Service, and identify those that seem most significantly to cut one way or the other. You share the relevant regulations and cases with the client, prepare a memo, and/or discuss the situation on the phone or in person. But there’s no clear ‘right’ answer. Reaching a conclusion involves trading off competing considerations and making a judgment call. Such weighing and balancing is hard to communicate well through text or conversation.

You might summarize your analysis by showing the client something like the following, in which Mr. X is assessed on key factors relative to a benchmarked illustrative employee and contractor. Not only is your characterization of the facts and weighting of considerations more transparent (and critique-able), including how they ‘add up,’ but the whole thing can be changed in real time as you discuss, e.g., how the IRS might look at the question. (Here a high score means that a worker mostly exhibits characteristics that point to him or her needing to be treated as a employee. There are formulas behind the scenes that normalize the various scales and perform weighted averaging. Only part of this choicebox is shown here. For more on the method, see the Working Smarter chapter in my book.)

Of course, many people think better in pictures than numbers, so it’s useful to have visualizations like the following available, in which employee-ness is portrayed as a sum of factor-specific volumes. (Widths in the factor rows reflect ratings, and heights the relative weights that the factors are being accorded.)

Imagine that a depiction like this could be directly manipulated and reconfigured as you ponder a choice, e.g. to add further considerations and perspectives (which can be represented as separate rack-like layers in the Z axis.) And that you could draw upon collective wisdom accumulated from similar choices made by others. My All About Choice startup is working to bring such a system to life. (If you can help with talent or funding, please be in touch!)

This kind of tool is especially useful for groups, such as teams faced with decisions about legal technology. I’ve used choiceboxing prototypes successfully for clients who have engaged me to facilitate technology and policy decisions.

Research by Ap Dijksterhuis and his colleagues in Holland (such as their paper on the rational subconscious) casts doubt on whether ‘weighted adding’ yields better results than intuitive, gist-based approaches to complex decisions. Our unaided minds are just not very good at it. My view is that cognitive prostheses like choiceboxes will help counter that deficit. More importantly, they enable more open and productive deliberations across minds by externalizing our thinking.

Peering into the future

We’ve talked about lawyer/client and lawyer/lawyer. What about client/client? Or client/lawyer/client?

‘Prosumer’ is an old coinage for an economic role that blurs the line between producer and consumer. Two years ago at TECHSHOW I presented an imaginary company in the business of “advanced legal peer production”:

The idea was that self-organizing collectives of people who largely do legal work for themselves would emerge, reducing the need for a mediating priesthood of credentialed professionals. Part of the lawyer’s job might be to introduce clients to each other as dance partners, sharing work product and experiential knowledge. But the more entrepreneurial among us would seize opportunities to act as impresarios.

David Johnson and I wrote a paper for a much earlier TECHSHOW (1992) on Re-envisioning Law Practice with Computers: Collaboration and Visualization. It’s a sobering reminder of how slowly imagined futures arrive. Another is my 2003 piece on smart pads, which only recently started to sound plausible.

I haven’t turned out to be an accurate seer. So don’t put much stock in my predictions. But trust me on this – we lawyers need to be quicker on our feet than ever as the clouds roll in. Are you ready to rumba?

Marc Lauritsen, author of The Lawyer’s Guide to Working Smarter with Knowledge Tools, is president of Capstone Practice Systems and of Legal Systematics. He’s a fellow of the College of Law Practice Management and co-chairs the American Bar Association’s eLawyering Task Force.