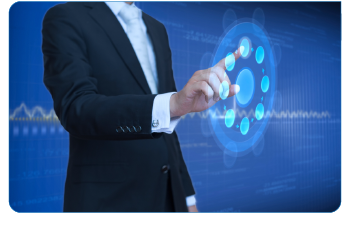 In the wake of the Weil, Gotshal downsizing in 2013, Barry Wolf, the firm’s Executive Partner, referred to the current economic environment for law firms as the new normal—what could best be described as an oversupply of legal services that was forcing law firms to adapt in a number of ways, including creatively dealing with alternative fee arrangements.

Georgetown Law’s 2014 Report on the State of the Legal Market echoes the same refrain, stating that the 2008 economic meltdown has contributed to the “supply of legal services . . . significantly [exceeding] demand.” But the report goes on to point out that several factors unrelated to the economy have also contributed:

These unrelated changes include factors like the growing availability of public information about the legal market, the inexorable drive toward commoditization of legal services enhanced by the growth of enabling technologies, the emergence of non-traditional service providers, the changing role of in-house corporate counsel, the impact of globalization, and the collapse of an unsustainable law firm business and economic model based largely on the ability to raise rates 6-8 percent a year.

Commoditization is a harsh word, but, nonetheless, accurate. When supply outstrips demand, the first thing to go out the window is brand equity. Georgetown Law’s report goes so far as to say that “the brand value of the largest and historically most prestigious firms in the legal market . . . may be losing some of its luster.”

The Innovator’s Dilemma and the Legal Services Industry

The Georgetown Law report refers to a recent article in the Harvard Business Review by Clayton Christensen and two of his colleagues, which makes some troubling points about the professional services industry, specifically law and consulting. Christensen and his fellow researchers, after viewing these industries through Christensen’s own “disruptive-technology” lens, contend that these service industries are not insulated from disruption, a malaise that has plagued entrenched leaders in many different sectors. However, the disruption theory, which was put forth in Christensen’s landmark book, The Innovator’s Dilemma, is generally applied to technology and manufacturing industries, rather than professional services industries.

As the Harvard team explains,

We have come to the conclusion that the same forces that disrupted so many businesses, from steel to publishing, are starting to reshape the world of consulting [and law]. The implications for firms and their clients are significant. The pattern of industry disruption is familiar: New competitors with new business models arrive; incumbents choose to ignore the new players or to flee to higher-margin activities; a disrupter whose product was once barely good enough achieves a level of quality acceptable to the broad middle of the market, undermining the position of longtime leaders and often causing a “flip” to a new basis of competition.

One of the lynchpins to Christensen’s theory seems to be hubris, the fact that management for entrenched market leaders believe they are insulated from disruptors, pointing to the “impermeability of their brands and reputations” as the ultimate defense, a notion strengthened by the belief that “many things” done by lawyers and law firms “could never be commoditized.”

Christensen and his team, however, are not impressed with such arguments:

We are familiar with these objections—and not at all swayed by them. If our long study of disruption has led us to any universal conclusion, it is that every industry will eventually face it. The leaders of the legal services industry would once have held that the franchise of the top law firms was virtually unassailable, enshrined in practice and tradition—and, in some countries, in law. And yet disruption of these firms is undeniably under way.

In The Innovator’s Dilemma, Christensen contends that there is no insulation from disruption. Savvy organizations, therefore, if they want to maintain industry leadership, will become their own disruptors, in essence, reinventing themselves to appeal to the large, belly-of-the-curve, mid market. The difficult part of this strategy is continuing to service the needs of large customers while simultaneously developing technology that will disrupt main revenue drivers, which calls for a sort of skunk-works approach to business strategy and product development.

The question at hand, of course, is how do law firms pull it off—adopt and deploy new disruptive models before someone else beats them to the punch?

One of the first things that may need to be reexamined is the hourly billing model, which is antithetical to efficiency and a major impediment to the adoption of technologies that speed up transactional law. For example, process engines, such as Business Process Management systems (BPMS) and Document Generation (Document Assembly) platforms, can radically improve both delivery times and quality of work product, but they also dramatically lower the number of hours that can be billed on a case. Enterprise Content Management systems (ECMS) can streamline, simplify, and improve the processing, storage, and retrieval of all types of content, from highly structured contracts to email and graphical exhibits, but, again, such systems are all about efficiency, which, for organizations that bill by the hour, might be considered a four-letter word.

The Georgetown report cited technology as a source of commoditization in law, a notion with which I happen to agree. Technology enables fewer people to do more work—in many cases, much more. BPM vendors offer tremendous ROI, as do ECM and GRC vendors. And customers of document generation platforms—a technology that straddles the BPM/ECM/GRC markets—often report reducing the time it takes to generate complex transactional documents from days or weeks down to just a few hours, or, in some cases, even minutes.

Now that’s ROI, and that’s disruptive. Given such a big stick, it would be tempting for law firms to use it. Put another way, if a lawyer can pump out complex transactional documents really quickly while simultaneously reducing errors, it might cross her mind to lower prices in order to win more business. Commoditization in action! And for professional services industries (Law), technological proficiency is certainly the disruptor on the horizon.