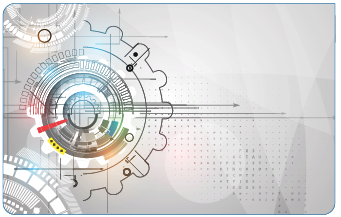 Document Assembly: Why “simple” may not be good enough

Long ago, I ran the publications department for Capsoft, the predecessor to HotDocs Corporation.My small team and I were tasked with documenting the ultra-sophisticated CAPS platform, a process that included producing professional quality manuals. To get the job done, a software investment would need to be made. What it boiled down to was a choice between two leading desktop publishing programs: PageMaker and Quark Express.

PageMaker’s claim to fame was that it was simple to learn and use. Quark’s pitch was just the opposite—power and sophistication. No job was too complex for Quark. I did what I believed was an adequate amount of research and decided to go with PageMaker. I was, in essence, seduced by the siren’s song of simplicity: With PageMaker, we could be up and running quickly, without a lot of time spent learning a sophisticated system.

Now if I had been publishing newsletters for the rotary club, PageMaker would have been just the ticket. But to put it in perspective, the CAPS/Author manual alone was about 600 pages long and required what was considered to be, at the time, sophisticated pagination and graphics. Needless to say, within just a few months, we had written off PageMaker and moved to Quark Express, which turned out to be just what we needed.

The moral of the story is this: “simple to learn” is often just another way of saying “not a lot of features.”And if this adage is true for desktop publishing software, it’s all the more true for document assembly platforms. The fact is when it comes to legal documents, it’s hard to imagine—let alone project—how much complexity may be required, how sophisticated the business logic may need to be to account for all the necessary permutations. And if you want a document assembly tool that won’t leave you in the lurch, so to speak, take powerful over simple every time.