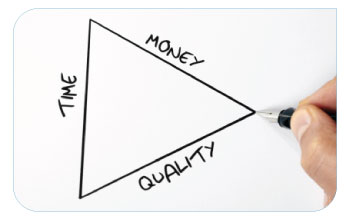 Better. Cheaper. Faster. Every technologist since Henry Ford has touted some combination of these attributes as being the core value proposition of his or her latest widget. But few have been able to tout all three, since any two tend to be a knock on the third. For example, you can have it better and cheaper, but not on time. You can have it cheaper and faster, but don’t count on it actually working as advertized. You get the idea.

However, HotDocs, the long-time heavy-weight champ of the document automation RAD platforms, can make the rare claim of delivering all three. For enterprises in some vertical markets, HotDocs is all about saving time and money. Consider, for example, a national holding company that buys struggling legal practices, supplants the firms’ backend systems with a private cloud featuring HotDocs, and immediately moves the firm into profitability. Altogether, this organization generates upwards of one hundred thousand documents a day in HotDocs with an astounding savings of time and money.

But when it comes to banks or financial institutions, the core value proposition that attracts them to HotDocs is better documentation. Every institution in the sector—from global banks to local agricultural credit unions–has the same problem: non-content experts generating and executing legally binding contracts worth a substantial amount of money. Consequently, banks need a document assembly RAD platform that can generate complex, transaction-ready contracts. The transaction-ready part is critical, since it’s human interaction with the contracts that ultimately leads to legal exposure.

Because HotDocs is built for heavy lifting and can automate virtually any contract, no matter how complex, it has become the clear choice for banks on a global scale. In fact, four of the top five banks in North America are already using HotDocs, not to mention too many smaller financial institutions to count.

Like other commercial enterprises, many banks evolved in the direction of Visual Basic for Applications or Visual Studio Tools for Office, both of which can be used to automate Word documents and WordPerfect documents. But like so many companies in other sectors, banks have learned that VBA and VSTO leave much to be desired for complex document automation. For example, neither VBA nor VSTO includes many of the key feature sets that are critical to document assembly, like answer file management and function libraries designed to facilitate the complex assembly of text into grammatically correct content that obeys the rules of standard usage and punctuation.

Don’t take this the wrong way—VBA and VSTO are powerful RAD platforms, albeit generalized ones that simply aren’t focused on document automation. Many savvy financial institutions have learned this and have already evolved past VBA and VSTO to HotDocs.