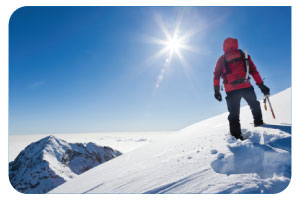 The amount of time that HotDocs saves varies from firm to firm and even from document to document. One customer told me that he used to work 10 hours in 1 day to complete one document. But then he used HotDocs to automate it, and now it only takes him 1 hour to complete the entire document. His old process wasn’t much of a process at all–it was a combination of Word mail merge, macros, and some VBA. His process was to input data to create the document, proofread the document, search and replace any mistakes, and then proofread again. After hours spent completing the document, he could still have errors, and when it was time to update his “process”, he would have to hire a programmer to rewrite some VBA and update his macros. The much more time-effective HotDocs process application involves going through an interview and answering a series of questions. Most of the data is imported from a database, and then the document is generated. That’s it. He doesn’t need to hire a developer to code in VBA anymore, and he doesn’t even proofread anymore! Unfortunately for him, he doesn’t get a raise for doing the work any faster. But now he can go to work in the morning, take an hour to create the document, and make an early tee time.

It can be difficult to differentiate between saving time and saving money. Time equals money, after all. But there are countless examples of how HotDocs will save you money. Once an attorney has automated his or her documents by using HotDocs to turn them into process applications, the assembly can be delegated to assistants and paralegals. A solo attorney’s office purchased HotDocs for the purpose of automating this practice. The attorney hired a dedicated employee to work entirely through HotDocs. Now the attorney spends the majority of his time practicing law, while his employee generates document after document. The attorney was able to grow the volume of the practice enough to more than make up for the salary expense. I suppose that, instead of “save” money, I could have called this section “make” money.

Exposure is a particular concern for many businesses that need to comply with different internal corporate policies and also external state and federal policies. I have personal experience with a Fortune 1000 company that tried to solve this problem without HotDocs by having the CEO review every contract over the amount of $50. The CEO was able to make every contract exactly how he liked it. Every contract was the same, and there was little legal exposure. However, this company quickly lost high-quality subcontractors, as the time to execute a contract and, more importantly, execute payment was well over 120 days. This story is beyond ridiculous, but it is 100% true. HotDocs, in contrast, has the ability to control and lock the text of the contract and truly codify the entire process without taking up huge amounts of time.

Let’s take the example of a large multi-national construction company that produces tens of thousands of contracts and sub contracts every year. Because of the size of the company and the many different office locations, they have difficulty codifying the process of executing contracts. To solve this problem, they can create one master process application that incorporates all potential contracts and variations thereof for each country, state, or office. The sales person or project manager would simply log in to HotDocs online and start the interview process. The interview would act as a simple decision tree where they select the country, state, what the contract is for, and who it is with. Behind the scenes, the HotDocs application will include and exclude the proper contract and clauses within the contract. The person filling out that data will then have a contract that is completely in compliance with all corporate regulations and will not have the ability to change it. No more ad hoc contracts that needlessly expose the company to lawsuits. No more time-consuming reviews of the contract by upper management. No more micromanaging.