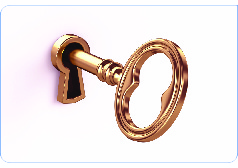 A corporate services provider had a difficult problem, stemming from its lack of control over its contract generation procedures. When putting together a deal with a new customer, the company’s independent sales reps would often choose an out-of-date form or, in some cases, choose the wrong form altogether. Furthermore, the company found that its sales reps, which were distributed nationally, were making unauthorized edits to contracts in order to win business. As one company representative pointed out, the practice was “great” for top line revenue but “devastating for contract control.”

Transforming Documents into a Process App

The company first transformed its many contracts, which are highly complex (dozens of pages and hundreds of data points), into a single process application. Using HotDocs Developer, a process developer merged simple and computed variables into the documents. Then, rules were defined that controlled the inclusion or exclusion of separate paragraphs. Finally, a sophisticated sequence of interactive, data-gathering forms (an interview) was designed.

Benefits of the Automated Process

The interview, which walks reps through the entire information-gathering process, validating numeric and date answers for range and providing question-specific help resources, forces reps to comply with the company’s own contracting policies. As a company representative put it, the interview was designed in such a way that it left “no margin for error.” It was this level of interview design that initially attracted the company to HotDocs.

“As a direct result of our implementation of HotDocs, we have fewer contract issues and a decreased legal budget when measured as a proportion of revenue,” stated the company’s spokesperson. “We have also freed up the time of our sales executives and increased our legal protection—we have a nil budget for litigation costs.”