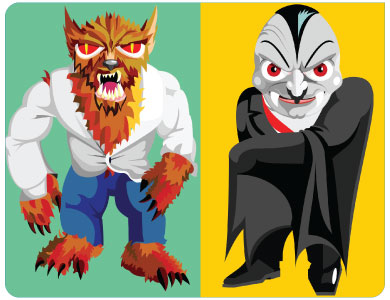 Are silver bullets effective for eliminating vampires or werewolves? I can never seem to keep that one straight. Either way, I guess, the term silver bullet has become a metaphor for an elegant solution to a really nasty problem. In other words, it’s a monster killer. In the early days of the PC revolution, there were lots of IT silver bullets: killer apps, such as word processors and spreadsheets, that solved serious problems with dazzling results—way better, way faster, and for a tiny fraction of the spend! Those were the good old days.

Now, things in the IT environment have changed. There are lots of hot technology sectors, from BPM to CLM and every acronym in between. But no one is talking about increasing productivity by multiples, the necessary analog for radically decreasing costs. Today, software deployments are all about modest, incremental increases in productivity with corresponding modest decreases in spend.

I realize I’m mixing metaphors, but it’s almost like the gold rush is over for IT folk. They’re no longer able to make wholesale overhauls to infrastructure that will yield spectacular results. Or so it might seem.

One category of technology that your firm may not yet have adopted is document generation software, which, depending on the type of company you work for, may be the last great IT silver bullet. Document generation software allows you to substantially improve the quality of your documents, while simultaneously reducing how long it takes to generate them from hours, days, weeks, or even months, down to a tiny fraction of that time–in many cases, just minutes.

Perhaps more important than the exponential decrease in time is a substantial increase in quality. Consider an international bank, for example, that has thousands of globally deployed loan officers generating millions of contracts worth billions of dollars. While the time and money the bank saves generating documents is significant, it’s not nearly as important as the risk mitigation. In other words, what the bank doesn’t want is loan officers modifying documentation after it’s generated—that’s how accidents happen and exposure increases.

Because HotDocs is powerful and flexible enough to generate transaction-ready documentation sets, no matter how sophisticated they may be, bank management can feel comfortable that loan officers in far outposts are not generating documentation sets and then finding they need to modify them after the fact.