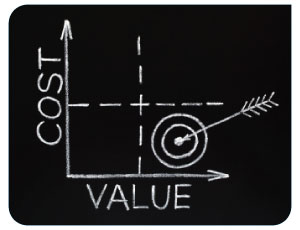 Document-Generation Process: The Best ROI in the BPM Space

Reed Hastings, CEO of Netflix, pointed out some of the problems of BPM in today’s organizations, one of the most notable being the liquid state of real-world processes. Simply put, they never stop evolving. But process design must be based on a fixed target. Given the weeks or months it takes to model a process, by the time it goes live, it may already be showing signs of age. Shortly thereafter, band-aid processes begin going into service to compensate for cracks in the original. As the band-aids increase in number and complexity, the entire process becomes so brittle that it eventually breaks altogether. This is one common sequence that is, in part, catalyzing the move to ad hoc and adaptive-process systems.

In contrast, document-generation process, while it shares many similarities to the greater BPM movement, often provides better returns than other types of process modeling. One reason why is the nature of laws that govern document structure. Such laws are generally static while the modeling takes place. Changes to the law, should they occur at all during a certain time period, will go into effect at regularly scheduled intervals (say, in the wake of yearly legislative reviews), and the changes will be specific and codified. In other words, legal documents are fixed at the time they are modeled, and models can be accurately and completely updated in advance of deadlines.

Just as the BPM movement promises great efficiency improvements and rapid ROI, an enterprise-wide move to document-generation process, especially, for example, within the context of document routing and approval workflows, offers perhaps the best ROI in the IT industry. Not only will organizations see document-generation timetables drop dramatically (often from weeks or even months for complex contracts down to just a few hours), the quality improvement in the output documents will be a tremendous added benefit as legal events resulting from human error will inevitably reduce in number.