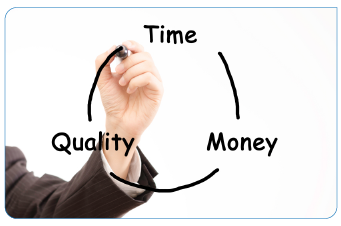 In describing what might get him to switch law firms, Flaherty describes a powerful expert system that Kia built and deployed itself, a HotDocs-based system that enables his internal clients to “access an automated questionnaire that enables them to generate the contract themselves.”

Flaherty goes on to point out that HotDocs, (as it turns out, a Gartner Cool Vendor for 2014), has delivered “phenomenal ROI in terms of time, money, and quality.”

In a recent article on IT-Lex: Technology Law, Adam Losey of Foley & Lardner discusses gamification of legal services with D. Casey Flaherty, corporate counsel at Kia Motors America. Losey, a fan of video games, believes that law firms should gamify their practices, that is, attach “Points, virtual currency, and achievement badges . . .” to the consumption of their services, much like airlines dole out frequent flyer miles to instill customer loyalty.

Such a discussion comes in response, no doubt, to the current malaise in the legal industry, a situation that has resulted from entrenched leaders (Am Law firms) failing to account for disruptive processes and technologies encroaching on the business of law. While I applaud Losey’s approach, here—thinking out of the box in terms of bringing large law up to date—I doubt that gamification will do much to engage—or keep engaged—corporate legal departments, who are much more concerned with curbing the costs—or, at least, fixing them—of outside counsel.

Kia’s Flaherty seems to be siding with me on this one, his “gut reaction” being that he “doesn’t like” the idea of gamification, if for no other reason than rewards, such as a “free iPad,” aren’t enough to unseat an “incumbent.” In other words, if law firms think gamification is compelling enough to win new business, they are mistaken. Flaherty, however, does make a suggestion for law firms that might actually do some good, an approach, it turns out, which has been successfully applied in another professional services industry.

In a recent article (Consulting on the Cusp of Disruption), Clayton Christensen, the Harvard Business professor and best-selling author who coined the phrase, “disruptive innovation,” recounted a radical maneuver that McKinsey & Company had undertaken. In an effort to preempt disruption—in this case, lower cost, technology-based alternatives to human capital—McKinsey had developed an expert system that it could install at customer sites, enabling them to generate expert opinions and guidance on demand without engaging a Mckinsey consultant.

This approach dramatically reduced the amount McKinsey could charge, but it also reduced the amount of human capital McKinsey had to deploy. It may not have been entirely a win, given that McKinsey’s revenue likely dipped. Still, McKinsey was able to become its own disruptor, the antidote to extinction in Christensen’s theory.

The Oversupplied and a Radical Proposal

Christensen defines two types of disruption, one of which involves some group of consumers that is oversupplied, meaning they would be willing to take less than what the premium-priced market leader is delivering if they could pay less for it. It is this type of disruption that McKinsey was looking to avoid with its expert-system.

In a recent blog article (see “Skunkworks and Large Law: Disrupting Your Own Business Model”), I recounted the McKinsey maneuver and implied that large law firms might consider a similar radical approach, “some combination of big-data driven expert systems providing everything from detailed legal opinions to structured, transactional document output that could be embedded at large customer locations . . . .”

I mention it, here, because it seems to be similar to what Flaherty is suggesting.

In describing what might get him to switch law firms, Flaherty describes a powerful expert system that Kia built and deployed itself, a HotDocs-based system that enables his internal clients to “access an automated questionnaire that enables them to generate the contract themselves.”

Flaherty goes on to point out that HotDocs, (as it turns out, a Gartner Cool Vendor for 2014), has delivered “phenomenal ROI in terms of time, money, and quality.” Still, according to Flaherty, Kia has a great many more documents to build into the system. Rather than a gimmicky, gamification-based approach, Flaherty points out that a law firm that really wants to get his attention would offer to participate in the evolution of Kia’s existing system. The key takeaway, here, is that Kia wants to fix costs via expert-systems and process automation, rather than garner participation points from paying high fees to outside counsel.

There are several points to be underscored, here, not the least of which is the core value proposition of HotDocs, which according to Flaherty delivered on the promise and then some. But Flaherty’s overall response to any kind of law-firm maneuvering that doesn’t represent a radical shift in how it delivers services to corporate clients is missing the mark. Am Law firms should, among other things, follow McKinsey’s example. Disrupt their own, antiquated, hourly billing models before someone else does.