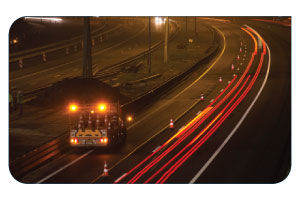 Governance, Risk Management, and Compliance (GRC) is a complex technology class having many facets. One such facet is process automation, a method of codifying best practices so that major mistakes aren’t made.

One government agency, which is responsible for a multi-billion dollar road-building budget, had a sizeable GRC problem. Every time a road got built or maintained, the agency had to create what it called a cooperative agreement, which is a lengthy contract consisting of approximately 100 pages, thousands of variables, and ultra-complex business logic controlling the inclusion/exclusion of language blocks. Not only did the manual, document-preparation process take, on average, three person months, it was also susceptible to human-introduced error. Such error regularly resulted in legal exposure, which, in some cases, led to altercation.

The GRC approach that this agency chose was process automation, specifically transforming its cooperative agreement into a process application with HotDocs, the leading platform for complex, document-generation process modeling. Now, whenever the agency needs to generate a new cooperative agreement, a staff member logs into the HotDocs system, completes the HotDocs interview, and generates the document. With the HotDocs process app in place, what used to take the agency three months, now takes, on average, about three hours.

Not only did the agency save 95%+ of the time it took using its old method (with a corresponding decrease in document prep expense), legal circumstances arising out of bad documents have all but disappeared. The agency is more compliant with internal policy and governing laws. As a result, it is less exposed to risk.