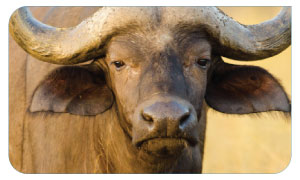 One of the most common uses for BPM software among financial institutions is the modeling of the loan origination process into a workflow. Not to be too nitpicky, but in many cases, loan origination could be considered a misnomer in this context, since most of these workflows are incapable of actually originating—generating—the loan documents, which is pretty much the point, or at least a big part of it.

The problem stems from the root complexity of loan documentation in comparison to the rudimentary document automation capability available in most BPM suites, which generally consists of limited functionality for building interactive data-gathering forms and then merging basic information into a document. To put it in perspective, if loan documentation were a cape buffalo, indigenous document assembly capability within even the biggest and best BPM suites would be a BB gun. Given this mismatch, complex loan documents are generally originated somewhere other than the workflow and then passed into the workflow for routing and approval. Not exactly an elegant solution!

That’s where enterprise-grade document automation technology comes into play. HotDocs, the industry leader in document automation and assembly technology, is already standard equipment in four of the five largest banks in North America (not to mention scads of regional banks and credit unions) because of its ability to handle even the most complex loan origination (generation) situations. HotDocs, which consists of an integrated stack of technologies, can be deployed in any environment (from the desktop to on-premises client/server to the cloud) and can be integrated into virtually any workflow via standard web services protocols (SOAP/REST), not to mention almost any other type of software environment, such as contract management and advanced case management.

The bottom line is this: Your loan origination workflow can and should originate loan documents. And the key to making that happen is HotDocs.