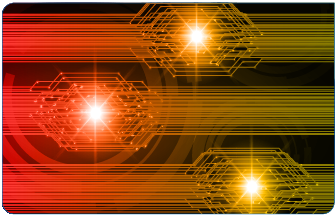 Modularization of Point Solutions: Time for a Low Code Platform

According to some researchers, the early stages of a market are dominated by integrated solutions—products built top to bottom by the same vendor. The reasons for this phenomenon are often reliability and performance. In other words, products composed of components from multiple manufacturers, in the early stages of a market, will be less reliable and offer less performance than integrated products. But this raises an interesting question: At what stage in the evolution of a market does modularity overtake integration? Put another way, where is the tipping point?

The Problem with Hand-Coded Solutions

For enterprise software companies, this tipping point is a particularly poignant issue, especially in regard to point solutions, which by definition are software apps that bridge the gaps between major business software systems and tend to focus on solving a particular problem. But as disparate market forces seem to drive individual business units toward ever more diverse requirements for point solutions, it becomes increasingly more difficult for software vendors to hand code solutions that have broad application. In fact, these days, it’s difficult to hand code a solution that will meet most of the needs for any single customer, let alone some reasonably large segment of a market. The exceptions, of course, are solutions built to spec for particular customers, but given the time it takes to hand code a complex point solution (potentially many months), such systems could begin showing cracks before they’re ever delivered, a reality brought on by the rate at which business processes evolve in the real business world.

The Evolution of Low-Code

In the particular IT niche that I live in, the good old days of siloed point solutions are gone. Now customers want solutions that are integrated with other systems they’ve already invested in. This reality has given way to an evolving breed of rapid-application-development platforms that Forrester refers to as Low Code. In a June 2014 publication, Forrester divided the low-code space into three sectors: general app platforms, web content platforms, and business process platforms (BPMs), the last being, in my opinion, especially relevant given the importance of workflow in enterprise environments.

Ask Jesse Shiah, CEO of AgilePoint, one of Forrester’s named leaders in the low-code space for BPM, about the evolution of his own company’s technology, and he might refer to AgilePoint as a “SaaS factory.” Put another way, Shiah now sees his own BPM as a platform on which third-party software vendors can and should build point solutions for their own customers. Why? Because according to Shiah, a point solution that might take 18 months of hand coding in C# or Java can be done by the same team in six to ten weeks using AgilePoint. My guess is leaders from other low-code BPM vendors, such as K2, Nintex, Bizagi, and Micropact, would tell you something similar. Furthermore, creating wrapper applications (composite applications) that call other systems is something that BPMs were designed for and are really good at.

The Tipping Point is Here and Now

Even a few years ago, hand coded point solutions were generally the best option. But solutions designed in a low-code platform environment today offer all the performance anyone could hope for. Furthermore, low-code solutions can incorporate best-of-breed components, such as HotDocs Cloud Services for document assembly, NetDocuments for document management, and any variety of other web-enabled services with exposed APIs.

Beyond the speed with which such systems can be built and the variety of best-of-breed components available for integration, taking a low-code approach means individual system components can be upgraded or replaced without retooling the entire system. Likewise, the low-code BPM approach helps you avoid vendor lockin on important components.