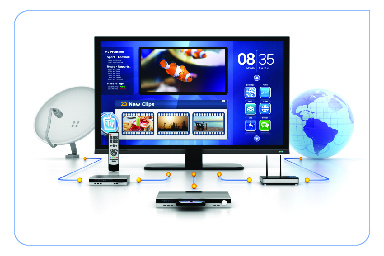 Network TV to Twonky: A Case Study in the Long-Tail Corruption of Two Senior Citizens

The term long tail was coined by Chris Anderson in his book, The Long Tail: Why the Future of Business is Selling Less of More. If you happened to miss it, there’s a chance you haven’t fully grasped the effect the Internet and supporting technologies are having on our lives. Key to Anderson’s thesis is the notion that content publishing technologies, coupled with Internet-based distribution and powerful search engines, are causing large segments of the population to develop highly specialized taste in music, books, and almost any other kind of digital content.

The net result is that traditional content publishers, which rely on outdated distribution methods, can’t begin to satisfy the tastes of consumers, which become more refined as specific content becomes available. One of Anderson’s key examples is the old music publishing industry, which collapsed as vast libraries of music were recorded in garages and basements around the world and published on the Internet at very low prices. Given all the new options, which could be located and consumed on demand, large segments in the music market quickly fragmented into an infinite amount of tiny markets, very few of which had enough consumers to support the old, relatively expensive model that the recording industry had relied on from its inception.

Anderson’s book has been out for several years, which raises the question of why I’m bringing it up now. The thing is I recently had an experience that objectified Chris Anderson’s theory for me. My parents, like many people in their age group, are late adopters of digital technologies. I’ve got them both using a PC, and my mom has an Android tablet, which she uses primarily as a book reader and a mobile email device. Like most Americans, they’ve had a couple hundred cable channels for years, which means they rarely watch the big four networks anymore. This evolution, of course, is entirely in line with Anderson’s thesis—given the option, pretty much all of us will gravitate toward content that more directly fits our tastes and, in the process, winnow out more general content.

Anderson’s long-tail model places the more general content (products with broader appeal and, therefore, higher distribution) in the head and shoulders of the curve, with more specific products further to the right in descending order based on distribution volume. One of Anderson’s key points is that the emergence of a long tail in any given content market may trigger a reduction in distribution of the more general content products. In practical terms, the big four networks are losing viewers to specialty cable channels—cooking channels, travel channels, sports channels, etc.

Back to my parents: I recently installed a ROKU for them and converted their Netflix account to a streaming subscription, which means they can watch British sitcoms and Gunsmoke twelve hours a day if they want, without commercial interruption. Talk about kids in a candy store! Note that although the big four networks (which my parents had nearly abandoned anyway) just got dealt another blow, the real losers in this case are the cable networks that they used to watch—TBS, TNT, etc. The fact is ROKU/Netflix/Hulu, etc. can deliver more specific content on demand, night or day. Way better. And, again, no commercials!

None of this was a revelation for me. I read Anderson’s book when it came out and have been chronicling its validity all along. Just the same, I was over at my parent’s house a couple nights ago and witnessed another stage of long tail evolution play out in real time. On this occasion, I happened to have my iPad with me and wanted to show my parents a particular video on YouTube. It was awkward, to say the least—three of us huddled around a 10” screen. When other family members began to gather around, I decided it was time to look for a better option.

In an effort to find a YouTube channel for ROKU (turns out, there isn’t one), I instead found an article about a company called Twonky, which had created a mobile app (free on the App Store) that would allow me to “beam” a feed from my iPad directly to a ROKU. Long story short, within about 5 minutes we were all watching YouTube videos on my parent’s big screen via my iPad.

A couple hours later, my parents were still asking me to bring up videos on places they’d visited in the past and wanted to visit again: Tofino, BC; the high Uintas; Navy Pier in Chicago. In each instance, we were able to find amateur videos (and some professionally produced ones as well) that provided a more granular experience than my parents had ever had via a media outlet. They were instantaneous addicts. When I told them I had to go home, my mom asked if she could “do it on her Kindle.” (Sure enough, there was a Twonky app for Kindle). A few minutes later, I walked out the door as they were searching YouTube for videos on Ketchikan, Alaska.

The crux of all of this is that Netflix, Hulu, etc. had just been one-upped by Twonky and YouTube, which together could deliver an even more specific experience—videos made by real people of the exact places and things my parents wanted to experience.

The result is that two highly technophobic senior citizens are now so far out in the long tail that their TBS days may be behind them for good. Exactly what you want precisely when you want it—the long-tail principle in action—is simply better, and that’s what makes the long tail an unstoppable force.