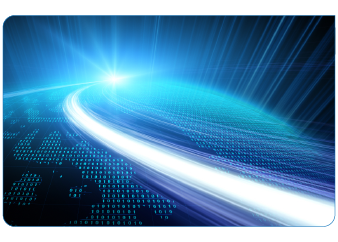 At the recent conference staged at Harvard Law School on disruptive innovation, Paul Dacier, EMC’s GC lead who moonlights as President of the Boston Bar Association, focused much of his presentation on the importance of speed. Dacier, pointing to intellectual property as the company’s “lifeblood,” explained just some of the measures his group takes to protect the company’s four thousand patents, including big data apps that monitor EMC’s patent portfolio and compare it to new patent filings, identifying infringements in real time. Dacier then points to the fact that EMChas a “zero-tolerance” policy and “files lawsuits the same day” the infringements are discovered. The message Dacier and his team mean to send is self evident: “Don’t mess with us or you’ll regret it, and sooner rather than later.”

But Dacier and his team apply the speed principle in other areas as well, such as acquisitions. Dacier points out that the same day EMCidentifies an acquisition target, a letter of intent is drafted and sent. The same day the letter is signed, an acquisition agreement is produced. Dacier referred to his team working on “Thanksgiving” while the competition was eating dinner, all in an effort to win by being faster than anyone else.

Changing hats from corporate GC to Bar Association President, Dacier echoed a familiar refrain at the conference: a significant portion of the population needs a lawyer at one time or another, but many can’t afford them. Dacier underscored this fact by pointing out that 80% of the people appearing before the court are pro se litigants.

As president of a prominent bar association, Dacier expressed his opinion about possibilities for small law:

If a lawyer wanted to hang out a shingle today and be a general practitioner and had the right price point, which I will leave up to people to define, there is an overwhelming amount of legal work, and the lawyers will have a very good living.”

How to get fast

While Dacier didn’t go into the specifics about the technologies his team at EMC uses to move so fast, one can only imagine that they’re making liberal use of process platforms—everything from sophisticated BPM-defined workflows to document-assembly apps.

Likewise, Dacier doesn’t go into detail about how a small law office can hit the “right price point,” but hitting that point has to involve churning through transactions as fast as possible, using technology to automate structureable processes, which, beyond just making them faster, will also make them safer, helping to eliminate human-introduced error. For small law, this technology path is well trodden. Case management coupled with document-generation software and a few other odds and ends can dramatically reduce one’s overhead while increasing throughput, enabling a lawyer to capitalize on a mountain of high-volume, low-margin transactional work. As Dacier and several others at the Harvard conference point out, at the lower end of the market, demand is much greater than is supply.