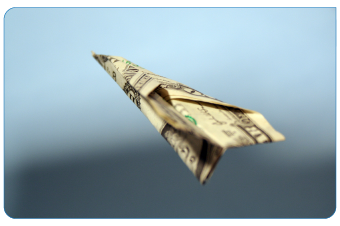 The Price of Resistance Is Too High and Entirely Unnecessary

In 2012, Dewey & LeBoeuf, a fabled Manhattan law firm filed for bankruptcy and liquidated assets. In 2013, Weil Gotschal, another New York-based Am Law 100 firm, went through a major restructuring, giving way to the now common refrain of “the new normal” for large law—too many lawyers and too little work. The situation out there is becoming ever more clear—it’s a buyer’s market for legal services, and the buyers are shopping for bargains, in fact, demanding alternative fee arrangements (AFA), which is often code speak for fixed fee pricing.

Patrick J. Lamb, one of the ABAJournal.com’s Legal Rebels, recently pointed out that the new normal (what is, in effect, the commoditization of legal services) means that “pressure continues to build on the Old Normal” firms to morph into something else, something leaner, something more agile. For a guy like me—computer software woven into my DNA—logic would dictate that the pressure Lamb is referring to has to result in technological solutions to old-school inefficiencies.

This sentiment was recently echoed by Roberta Gelb, president of Chelsea Office Systems, who in her career has witnessed tremendous inefficiencies in modern law offices. In a recent article in Law Technology News entitled The Price of Resistance, Gelb recounts a story of a legal secretary who refused to use document automation templates to generate transactional documents. In a timed process, the secretary took 65 minutes to generate a document that should have taken five minutes using a template. Gelb goes on to extrapolate what this sort of inefficiency—if it existed across a firm having approximately 20 secretaries—might cost on an annual basis, a number which she places in the neighborhood of $800K. And that’s for a small firm!

It’s conceivable that Am Law firms, having many hundreds of legal secretaries, paralegals, and associates, could be losing tens of millions of dollars per year on a single type of task—generating high-volume, transactional documents. With the economics of the new normal driving the evolution of the modern law practice, it’s hard to imagine that firms will be able to ignore technology as a solution to their economic woes.

Document generation is just one piece of the technology puzzle for law firms, but it’s a big one, and the one that will most likely yield the best ROI. Firms that embrace document generation (document assembly) at an institutional level will see the cost savings pile up over the course of time. Perhaps just as important, firms deploying powerful document generation platforms having sophisticated interviewing capability, will also see a sharp decrease in human error in documents, which will result in additional savings.