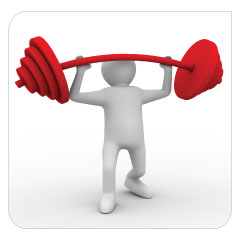 Simple vs. Complex: What Really Matters in Document Assembly Software

Some time back, I was in New York for a round of meetings with one of our integration partners. In one of these meetings, a question was posed: “Why are your customers so loyal to HotDocs?” In other words,” she continued, “you’ve got customers that bought into HotDocs as a document assembly platform more than ten years ago. How have you managed to retain these customers?”

This question can best be answered with an anecdote.

Long ago, I ran the publications department for Capsoft, the predecessor to HotDocs Corporation.My small team and I were not only faced with the task of documenting the ultra-sophisticated CAPS platform, but of producing professional, quality manuals—a process that would inevitably require a technology investment.What it boiled down to was a choice between two leading desktop publishing applications: PageMaker and Quark Express.

PageMaker’s claim to fame was that it was ultra easy to learn and use. Quark’s pitch was just the opposite—power and sophistication. I did what I believed was an adequate amount of research and decided, given my limited resources, to go with PageMaker. I was, in essence, seduced by the siren’s song of simplicity—we’ll be up and running quickly, without a lot of training.

Now if I had been publishing newsletters for a tennis club, PageMaker would have been just the ticket. But in perspective, the CAPS/Author manual was some 600 pages long and required what was considered to be, at the time, really sophisticated pagination and graphics production. Long story short, within weeks, we had written off PageMaker and moved to Quark Express, which turned out to be just what we needed.

So how does HotDocs retain customers? Well, because “simple to learn” is just another way of saying “not a lot of features.”In reality, legal documents can be nasty, complex instruments. And if you want a technology platform designed for this kind of industrial-grade document generation, there’s really only one choice. Put another way, HotDocs customers have realized that they need HotDocs, and nothing else will suffice.

The good news is if you have simple documents, HotDocs is simple to learn and use. But when you come to something really complex, that’s when HotDocs will make you glad that you won’t have to do what I did all those years ago—march into my supervisor’s office and explain to him that PageMaker was the wrong choice: Simple, as it turned out, simply wasn’t good enough.