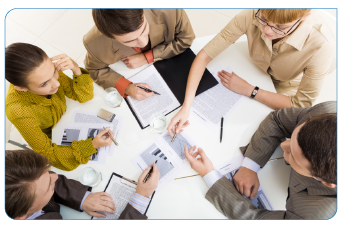 Skunkworks and Large Law: Disrupting Your Own Business Model

Anyone connected to the legal services industry is aware of the widespread malaise: commoditization that took root in small law decades ago has now worked its way to the top; Am Law firms are feeling pressure to change pricing policies; some firms are shedding partners who are then opening leaner, meaner boutique firms; high-tech vendors are wheedling their way into corporate legal departments at the expense of outside counsel; and on and on.

Large law, which at one time seemed to have an impenetrable position, is being disrupted by a range of market factors, which begs an important question: What, if anything, can be done about it? As luck would have it, the answer to that question is quite a lot, so long as law firms are willing to evolve.

Disruption of large law was inevitable

Ask Clayton Christensen, the Harvard Business professor who coined the phrase “disruptive innovation” (see The Innovator’s Dilemma), and he’ll likely tell you that the upheaval of large law was inevitable, that it’s happened (or is happening) in virtually every other mature industry where entrenched leaders have focused on sustaining innovations.

That word sustaining, by the way, is a term of art in Christensen’s disruption theory, referring specifically to marginal improvements in products and services meant to satisfy large customers but which often act as blinders, preventing market leaders from finding genuine innovations, the kind that topple paradigms and anoint new industry rule makers—in short, the disruptive kind.

At the heart of Christensen’s theory is the idea that authentic disruptors generally enter a market as low-priced, barely-good-enough solutions that begin to nibble at the edges of the market, driving commoditization, finding customers where once there were none, gaining traction, and then moving up market, eventually pushing the old guard out for good.

With large law, of course, a variety of disruptors have already entered—or are entering—the market that will continue to wrest away business and profits. Which brings me to an important point: Firms that choose to stick their collective heads in the sand—like entrenched leaders in countless other markets have done before—will be whittled into something quite different than what they are now, or worse, driven out of the market all together by a new breed of lean, agile, techno-savvy competitors.

What can be done about it, though, is a different question entirely, the answer to which is this: Savvy firms can embrace the idea that the old model is being disrupted and use their own market position and relationships to, themselves, become the catalyst for reshaping the market, or, in Christensen’s parlance, become the disruptors of the their own business model.

Skunkworks and Self Disruption

In the high-tech world, a skunkworks is an autonomous group that has free rein to build whatever it wants. The idea is to let a group of big thinkers out of the box, to free them from the confines of the status quo, to allow them to be disruptive.

At this point, the reason for such an approach should be self evident: Given that we’re already convinced that someone is going to build a mouse trap better than the one we’ve got—in effect making ours irrelevant—we’d rather own the new, disruptive one than have it belong to someone else.

There is a silver lining to all of this, by the way. Better mousetraps are often worth more money than the old ones.

Am Law firms, like market gorillas in other sectors, are victims of their own entrenched leadership. Their model has worked so well for so long that it’s hard to imagine changing it, no matter how many Fortune 1000 customers demand alternative fee arrangements. In a recent article, (“Consulting on the Cusp of Disruption”), Clayton Christensen and a team of Harvard-based researchers point to the difficulty of a skunkworks-style approach within professional services organizations, such as large law firms:

. . . self-disruption is extremely difficult. The day after you decide to set up the disruptive business as a separate unit, the illogic of the new business to the mainstream business is not magically turned off. Rather, second-guessing about the initiative persists, because the logic is embedded within the resource allocation process itself. That second-guessing must be overcome every day.

The “illogic” Christensen is referring to is, in essence, this:

Let’s set up a skunkworks that can figure out how we can deliver on time and to spec for a fixed fee that is a fraction of what we currently get paid under the hourly billing model.

That’s a hard concept to sell to a senior partnership. But, according to Christensen, it’s probably necessary for survival.

At present, disruption of large law is resulting from the fact that a significant percentage of Am Law customers feel oversupplied, which is another way of saying these customers would be willing to get less if they could pay less. In practical terms, many of these customers are now demanding alternative fee arrangements (AFAs), which generally boil down to fixed fees for services that seem to require a variable amount of work.

The great promise of information technology is better, cheaper, and faster. And many classes of technologies deliver on that promise. To transition from an hourly model to a fixed-fee model (the key to dealing with oversupplied clients), process automation is critical. Everything from client intake to document generation should be modeled into process apps and workflows. This approach, of course, dramatically reduces the human capital required to deliver. Given that this type of automation is, in essence, the capturing of senior-level expertise in automated software systems, key to the success of such a project is the involvement of actual lawyers and the highest level of administrative staff. Note that this is where a skunkworks proposal could get bogged down. Diverting some percentage of attorney time from hourly billing to workflow design may not appeal to senior leadership.

Beyond improving a firm’s technology infrastructure, Am Law firms will likely need to make other, more aggressive maneuvers. Christensen points out that McKinsey & Company, a global management consulting firm, developed a software-based analytics system that it can embed at client locations, providing ongoing services without deploying its own “human capital.”

Such an approach would dramatically reduce McKinsey’s own cost structure, but it would also reduce the price it could charge. So why did McKinsey consider such a radical solution? As Christensen points out, there were a litany of reasons, but the most important one was to “provide a strong hedge against potential disruption.”

Could Am Law firms employ a similar strategy—some combination of big-data driven expert systems providing everything from detailed legal opinions to structured, transactional document output that could be embedded at large customer locations? Given the current state of the technology industry, not to mention the rate at which it is advancing, the answer to that question has to be yes, depending of course of the type of services in question.

Am Law firms tend to deal exclusively with large, well funded customers. However, quality legal services are one of the most unconsumed products in the world. This reality is good news for large law firms, because it represents vast potential for economic growth. That said, it will also require institutional willingness to evolve.

LegalZoom is a well known disruptor of the small-law market, providing products and services directly to end customers who previously consumed no legal services. And in reality, LegalZoom’s customers have to be willing to take a low level of service in exchange for the low fees they pay. Just the same, LegalZoom is already encroaching on the oversupplied market, taking existing customers away from established law practices. How far up the food chain LegalZoom (and its ilk) can go remains to be seen, but established law firms should take note of the fact that there are real profits to be had delivering quality legal services at a low price.

Skunkworks teams should consider two types of potential customers who are, at this point, unsupplied: small law practices and consumers.

Most small law practices in the US are largely unsupplied of important resources, particularly expertise and content. Large publishers don’t target these markets, and bar associations are unable to satisfy the needs of lawyers in most jurisdictions. Large law firms, generally speaking, have the highest level of legal expertise and the best legal documentation. The key is productizing expertise and content in a way that small law could consume it and at low-enough prices that small law firms could create a line of defense against deeper commoditization. Under this scenario, the large firms sit at the top of an ecosystem that quickly comes to rely on them for content and expanding expertise.

For pure expert systems that provide legal opinions, skunkworks teams might consider a platform like Neota Logic. Or they could choose to embed sophisticated legal expertise in document-generation interviews. For the latter approach, HotDocs, the market leader for document generation (and a recently named Gartner Cool Vendor), offers a one-stop-shop, enabling skunkworks teams to build and deploy practice area libraries of document-generation apps in an iTunes like environment (HotDocs Market—due to be launched Summer of 2014) targeting small-to-medium law firms, many of whom already use HotDocs. Furthermore, the HotDocs approach would enable small firms to access big-firm content libraries from within their preferred case or practice management system (Clio, Actionstep, Lawbase, etc.).

Delivering technology-based products to trained legal professionals is one thing. Making them functional for consumers is quite another, but it’s likely worth the effort. (Remember, we’re talking, here, about extending your products and services to the unsupplied market.) In this regard, a skunkworks team would be going head-to-head against the likes of LegalZoom, but leveraging its position as one of the world’s leading law firms.

The real issue, here, is systematizing a practice area, such as family law or estate planning, so that the untrained could successfully generate the correct documentation and know what to do with it after the fact. Given the favorable metrics of cloud deployment, such an endeavor is entirely possible, especially when combining integrated applications, such as HotDocs and a BPM, such as AgilePoint, or any of a number of ECM technologies.

I’m, of course, just scratching the surface of what could be accomplished. The majority of large law firms will dismiss this kind of thinking off hand. And that’s good news for those who don’t, who are looking down the road three to five years and seeing what’s ahead. (Again, I refer you to “Consulting on the Cusp of Disruption,” a document that deals specifically with disruption in the legal services industry, among other related issues.)

If you happen to work for one of those large firms, consider the skunkworks approach. The solutions such a team may come up with could very well be disruptive to the existing legal services business model, which accounts for more than 300 billion USD annually. Needless to say, becoming the rule maker in such a restructured market would be a powerful and profitable position.