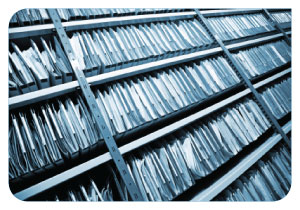 VBA for Document Automation? Depends on Your Needs.

When people talk about Word macros for document automation (document generation), what they’re really talking about isVBA for document automation. VBA (Visual Basic for Applications) is a powerful technology for building scripting logic into Word macros, which, in their simplest form, record common keystroke sequences to save effort on common word processing tasks. (Note that VBA can be used to extend functionality of other MS Office products as well.)

The reason people use VBA for document automation (even though that’s not what it’s designed for) is because it’s a technology they tend to have laying around already. And depending on what they’re hoping to accomplish, VBA might be just the ticket—after all, why buy something new if you don’t need to? On the other hand, in some cases, choosing VBA for document automation is way more expensive than one might think, even if they already own it. Here’s a checklist of questions to help you decide if VBA is right for you:

The fact is VBA is a general programming environment and powerful in its own right, but VBA is not designed specifically for document automation. This lack of specificity means it’snotgoing to include a vast array of built-in features and functionality that you are absolutely going to want and need in a document automation platform.

In contrast to VBA, HotDocs is designed specifically for document generation tasks and is the result of nearly three decades of thought, design, and evolution. Consequently, HotDocs is a complete solution—powerful, flexible, and, best of all, affordable.

Why is HotDocs so affordable? Because regular people can accomplish in minutes what it would take experienced software engineers hours, days, weeks, or even months to accomplish in VBA. Sign up for our free“Intro to HotDocs” webinarand find out why millions of legal documents are generated every day with HotDocs.