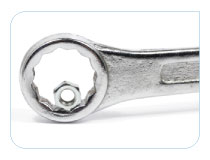 Circa the year 2000, I bought a copy of Microsoft Office 2000, which I used up until about three years ago, when I upgraded to Office 2007. The old suite still worked fine, mind you, and I’d still be using it today if I hadn’t been forced to upgrade when I bought a Vista PC.Now that’s durable software—nearly a decade without a hiccup.

Assuming that a business suite, such as Office, sits at one end of a continuum and represents the most durable, stable type of software, the question could be posed: What type of application sits at the other end as the least durable, most volatile type of software? Without having done an exhaustive study, I’m going to go out on a limb and suggest that document generation templates (applications designed to produce custom legal documentation) are easily among the most volatile applications ever written.

Why, you might ask? Because every time a state, local, or national legislature convenes, or any kind of governing agency, for that matter, the law controlling the content of the document in question could change, in which case, the software designed to generate custom versions of the document would have to be rewritten, or at least modified. That’s why HotDocs, the gold-standard of Rapid Application Development (RAD) platforms for document automation, has become so popular. Not only can you rapidly transform a standard word processing document or PDF form into a powerful, interactive template, but you can just as easily modify it when you need to. Most importantly, with HotDocs, you don’t have to employ software engineers to do work that rightly falls in the domain of content experts.

Just the same, though, lots of large enterprises still use much more cumbersome platforms to develop templates, the most common being Microsoft’s Visual Basic for Applications (VBA), written against the Word object model. Among the many downsides to this approach is the fact that Visual Basic is a programming language that requires software engineering proficiency. Beyond VB’s relative complexity is its general nature, meaning Visual Basic is not designed specifically to develop document automation templates. Consequently, feature sets related specifically to document generation (document assembly) that are built into HotDocs could require days, weeks, or even months of hard coding in Visual Basic to replicate.

While I in no way want to denigrate the overall power and flexibility of Visual Basic for Applications, the characteristics of which are well documented, I do want to underscore the fact that, when it comes to document generation, HotDocs is just a better platform than Visual Basic.

HotDocs Document Automation Software is available in the cloud, on the desktop, or in a server environment.