Resources › HotDocs Document Automation Blog › What do Moneyball and Document Generation have in common? Plenty, says Victor Li of ABAJournal.com 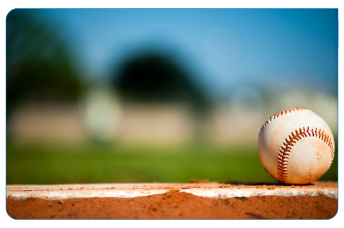 What do Moneyball and Document Generation have in common? Plenty, says Victor Li of ABAJournal.com

In the 2011 film Moneyball (based on a true story), Brad Pitt, playing the role of Billy Bean, employs a novel approach that enables his small-market, small-budget Oakland A’s to compete with clubs having much larger payrolls. In the movie, Bean, the team’s real-life general manager, embraces a non-traditional application of inferential statistics to cobble together a team of low-priced, over-the-hill misfits that, at one point in the 2002 season, reeled off an American league record of 20 straight victories.

In a recent ABAJournal.com article, Victor Li refers to the movie Moneyball in comparison to the legal services industry. Why does he make this comparison? Because, according to his article, Li believes that small, poorly funded law offices—the Oakland A’s of the legal services industry—can compete with the Yankees and Red Sox—the Am Law firms—if they employ the right technologies. Li bases his thesis on a presentation given at the recent ABA Techshow in Chicago by Marc Matheny of Indianapolis and Mark Unger of San Antonio and Austin, Texas, two practicing lawyers who know of what they speak, which is high-tech solutions that can place small firms on equal footing with their much bigger competitors.

Among the several ideas put forth by Matheny and Unger, a few that were mentioned by name were Dropbox, Box, and HotDocs, three inexpensive ways for lawyers to become dramatically more efficient and provide significantly better work product without adding a lot of expense. While Dropbox and Box are both infrastructure technologies that simplify file storage and sharing, HotDocs is a powerful document generation platform that can shave hours, weeks, or even months off the time it takes to generate complex documents.

Li’s Moneyball analogy certainly alludes to the fact that small firms, utilizing HotDocs, can afford the same document output as large firms, many of whom remain committed to an old-school, document-production approach that requires a small army of support staff—effective, to be sure, but crazy expensive! While lots of technologies are experimental, promising, in theory, great ROI, HotDocs has been delivering on its core value proposition for years—better documents in less time and for less money than virtually any other method. Thousands of law firms of all sizes already get it, not to mention thousands of commercial enterprises and government agencies. HotDocs can be a great equalizer.