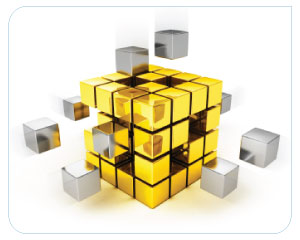 BPM suites provide their own data-gathering form design tools, which are adequate for many types of processes; however, in workflows containing sub-processes for generating complex documents, BPM forms may not provide the requisite sophistication.

ADG (Advanced Document Generation) is the widely accepted approach for modeling the process of creating new versions of legal documents on a transactional basis. Enterprise-grade ADG systems have the necessary, robust scripting languages to model complex documents. Just as importantly, they also have significantly greater forms-design capability than virtually any BPM suite, a fact which grows out of the complexity of legal documents.

A process developer first uses an ADG system to transform a word processing document or PDF file into a document model. The model will include simple variables for names, dates, numbers, etc., as well as conditional logic for optional paragraphs and computed variables for complex number and date values. Having built all the requisite business logic into the model, the process developer will then construct a custom interview (sequence of interactive forms), utilizing all the same components that were built into the document model.

Here’s the key to forms building within an Advanced Document Generation system: the business logic built into the document model must be reflected in the corresponding interview. This reflexive approach eliminates the possibility that dozens—or even hundreds—of irrelevant questions might get asked. In other words, variables that are merged into blocks of conditional text in the model that won’t be included in a particular iteration of an output document should not be asked in the interview.

Powerful ADG systems, such as the industry-leading HotDocs, will automatically create a reflexive interview for a document model, a feature that not only saves significant time but ensures business-logic parity between the document model and the corresponding interview. HotDocs interviews allow further customization, such as question-specific help resources and answer range validation. And for BPM vendors that want HotDocs forms to take on the look and feel of the vendor’s native forms, HotDocs provides a robust API.

At the end of the day, when a business process requires that information be gathered specifically for generating a document or set of documents, it just makes sense to use ADG forms in place of BPM forms. You’ll save time and produce a much better, more efficient document generation workflow.