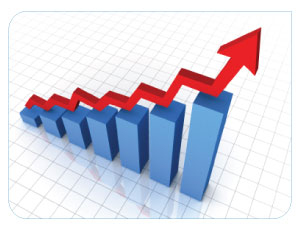 Why are technology companies like HotDocs predicting higher than average growth?

A press article caught my attention this week. Barclays has publicised the findings of its December 2014 Fast Growth Tech survey and the results were not that surprising to me. The survey sample included owners and CEOs of UK tech firms and revealed that the average growth predicted for 2015 was 11%, which is more than four times faster than the UK’s GDP forecast for this year.

Throughout the global financial crisis, HotDocs has been achieving high growth as we supply more to existing clients and acquire more customers, with the number of end users across the world now numbering more than one million. At the end of last year, our success was underlined by a ranking in the Deloitte Technology Fast 500 EMEA 2014, adding to various growth-related accolades we have achieved in recent years.

The Barclays Fast Growth Tech survey showed that more than half of the companies surveyed are expecting their business to grow by up to 10% and that just over a quarter are expecting even higher growth, with 18% predicting growth of between 10% and 20% and 9% anticipating significant growth of over 20% for 2015. HotDocs falls into the latter category.

So, why are tech companies, HotDocs included, doing so well in the wake of a global economic meltdown? I can’t speak for all but I can make assumptions based on what has happened within my own company.

HotDocs customers are a canny bunch and are generally within the sectors of banking, legal, corporate and government. Rather than see these existing customers reducing or simply maintaining HotDocs user numbers, usage is being expanded to other business units. An initial investment on increasing licence numbers or subscriptions soon pays dividends in terms of time and money saved when producing business-critical documents.

With new customers, we often find that they are looking to achieve more with less and have realised that technology is the key to achieving this. Control and efficiency in the ongoing creation of documentation is a great leap towards cutting costs, saving time and reducing risk. Whether you are responsible for a team of customer advisors in the corporate loan department of a large bank, an IT director with a law firm or the person responsible for human resources in a local authority, transforming production times of complex document sets from hours to minutes, or even seconds, has a clear and tangible benefit for the bottom line.

The very essence of technology is that it solves a problem, saves us time, makes us more productive and provides new, better techniques for achieving a goal and businesses the world over continually work to address areas just like these. With this in mind, is it any surprise that in this time of sustained economic recovery that technology companies are thriving?